If you’re a current home owner who is wondering whether to enter the market, we’re here to tell you that now is a great time to list your home!

Here’s the top reason why home owners should list their home right now: Home prices are on the rise! 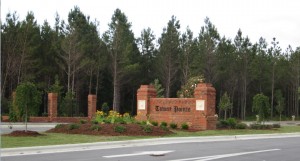 NBC News recently reported that home prices have increased 7.7 percent in the year through June.

Home buyers wanting to enter the market before prices climb even higher have only encouraged this upward momentum.

What Else Home Sellers Should Know About the National Market

NBC News revealed even more interesting data about the current state of the national housing market and its submarkets:

Experts do caution that higher borrowing costs may end up pricing some buyers out of the market, consequently slowing the pace of home sales.

For instance, mortgage applications for both home purchases and refinancings decreased for a second straight week recently as rates increased, according to the Mortgage Bankers Association.

They added that the continued increase in home sales and home prices will depend heavily on the health of the overall job market.

Check back soon for more updates on the current state of the national housing market and how it’s affecting local markets in your community.

The local Jacksonville real estate market is going through a dip right now – this is the result of several factors:

Whether you’re a home buyer or home seller, we’re here to provide you with valuable information that will help you navigate the market.